A new optional rule for managing Torchbearer relationships when '...it's complicated.'

The official Torchbearer blog has been delving into the role of relationships in a series of blog posts; one explores what different relationships have to offer, and another presents advice on how to feature relationships in the campaign. Both are great reads!

Torchbearer's approach to relationships has been wonderfully free-form. Want to make a new friend? Just act friendly! Ask the GM if you can record the person as a friend on your sheet. There's nothing more to it!

At the Mordite Press table, we have occasionally run across settings (such as Sigil) where managing relationships is of the utmost importance. Knowing the right person (and commanding their loyalty) can be as crucial a tool as any rope and grapnel in a dungeon. With a large roster of NPCs, it can be a bit hard to keep track of what type of relationship you have with them all. Are you bosom buddies or occasional chums? Is there any secret resentment building up between you? How loyal is this person compared to your other 30 closest friends?

For these games and others where interpersonal intrigue is key, here's an optional rule for advanced relationships.

A social grace is any of the skills available during the social graces step of character creation: Persuader, Manipulator, Haggler, and Orator. We use these skills to build and maintain relationships.

You can inquire with your allies while performing any Circles test. If the GM feels that the ally would be able to help locate the object of the Circles test, you may apply the ally’s Loyalty level bonus dice and Resentment penalty to the roll. More than one relationship may be used in a single roll, but they are all subject to the Enmity Clause if the test fails. 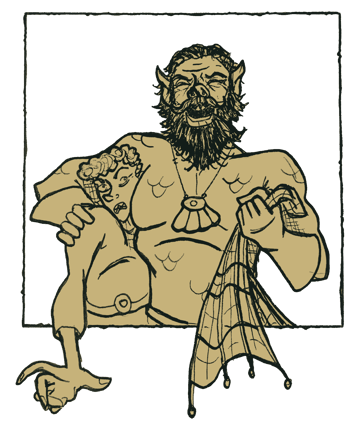 Relationships have a Loyalty level similar to how traits have levels. A relationship’s Loyalty grants bonus dice to social graces and Circles tests related to that relationship. Each level of Loyalty (up to three) grants +1D to such rolls.

To earn Loyalty you must succeed at a social graces test against the person in addition to establishing their loyalty in the fiction. It’s not enough to merely convince a guard to let you sneak through a gate; you must secure his loyalty in the long term through a bribe, promise, oath, blackmail, or sheer charisma.

Meeting both of these conditions grants you Loyalty at level one. Attaining Loyalty level two and three is somewhat more difficult.

To advance a relationship’s loyalty beyond level 1, check each of the following:

Once all four conditions are met, the relationship’s loyalty increased by one (to a maximum of three).

Most of the time you will use a Convince, Convince (Crowd), or Riddle type conflict to increase loyalty, but any type of conflict can serve to increase relationship level— even Kill conflicts if you have a means of communication beyond death. Of course, murdering a person and using black magic to confer with their corpse is sure to earn some Resentment as well.

Resentment imposes -1s per level to social graces and Circles tests related to that relationship. This penalty can be reduced with direct overtures, outreach, and compromise at the GM’s discretion, but it should not be easy.

The GM can increase a relationship’s Resentment as a result of the Enmity Clause during a Circles test, or as part of a twist. Certain actions will earn Resentment regardless of (or in addition to) other results. Occasionally, somebody will hate you for reasons you do not deserve.

The GM can use Loyalty and Resentment as a guideline for the extent of favors that you can request. In general, a relationship will only provide goods, services, or assistance with a resource obstacle or lifestyle equal to their relationship level, if they can afford it. (see this Torchbearer Blog for guidelines on what they can afford.) Anything more should require a social graces test or even a convince conflict.

For example, a hotelier relationship with Loyalty 1 will still have to be convinced to let you stay in her Lifestyle 3 hotel for free, but she would potentially let you crash in the servant’s quarters of her hotel (a Lifestyle 1 flophouse equivalent).

Resentment does not apply to such favors but should be accounted for in related twists.

By default, your parents are Loyalty 3, although you may choose to be estranged and reduce their loyalty if you wish. Your friend and your mentor from character creation are Loyalty 2. Your enemy starts the game with Resentment 3 (hence the +3s bonus to social conflicts against you).

Alternative Effects of Thread of Friendship

Thread of Friendship causes the affected party to “treat the caster as a trusted friend, with all of the benefits that entails.”

When using the spell with the advanced relationship rules, the Loyalty and Resentment modifiers are applied to the spell roll. If the spell is successful, any Resentment is temporarily suppressed, and the target gains level 1 Loyalty for the duration of the spell. Any additional successes beyond the casting obstacle can be used to increase this Loyalty to a maximum of three.

These rules are certainly not necessary for most Torchbearer campaigns where the focus is on delving into adventure sites and looting for treasure. But the occasional urban or palace intrigue campaign can certainly benefit from game-ifying relationships. For a certain type of player, quantifying what a contact is worth and how to increase their loyalty is like catnip.

The Grind Turn 2: Talk of the Town

The Kickstarter for The Grind Turn 2: Mistvale Nights is thriving. There's still time to support this spooky gothic horror gazetteer-style adventure! On this week's Mordite Monday, let me tell you a...