The Turns Before The Grind

The Turns Before The Grind

Reflections on the adventurer life, for soon The Grind shall hit.

Last night, Paul, Owen, and I were punching away at The Grind. I turned on the TV for some background ambience, and Netflix recommended Sam Peckinpah's "The Wild Bunch" (1969). It's been years since I  watched it, so I hit it.

As it just so happens, the opening scene illustrates the new Heist conflict for our Dastards & Desperadoes hack for Torchbearer.

The Wild Bunch begins with a gang of outlaws running a heist against a wealthy railroad baron in town. A Heist conflict is a complex crime that requires planning and outsmarting an opponent. It is a caper, not some simple, brutish robbery. We've designed it so you can use this type of conflict in all sorts of other Torchbearer hacks.A Heist conflict operates just like any other conflict in Torchbearer. So, it should be very familiar. We've added some descriptions for Conflict Actions to help you conceptualize and run heists, an example scenario, and some suggested conflict weapons and compromises — everything you need to perpetuate the perfect crime.

If you want to see a Heist result in a Major Compromise which leads into a Kill conflict ambush, check out the first fourteen minutes of the film. The Wild Bunch is now streaming on Netflix in the US.The Wild West hack is just one part of the more massive zine.There's a whole lot more including: 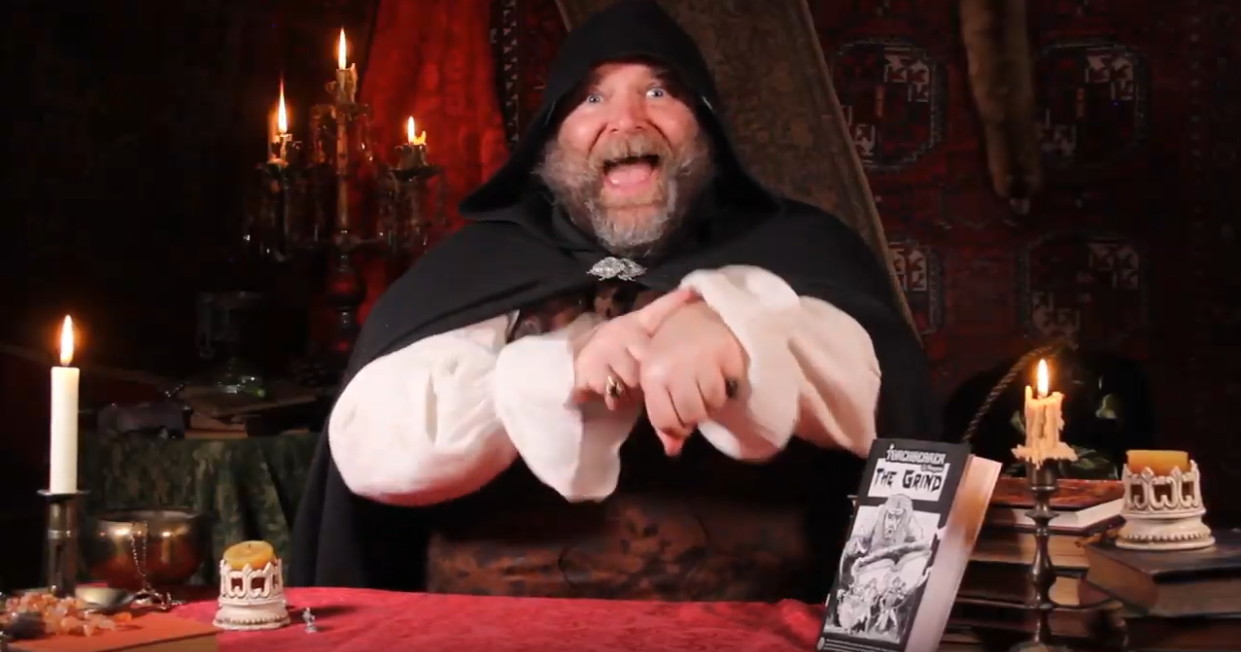 Soon, we approach "Turn 4 of the grind." The last chance to get The Grind is Feb 28th. Check it out on Kickstarter.

Read more about it on the campaign updates page.

A hooded stranger stumbles into the tavern from the rain-soaked streets bearing news of a quest. It slowly draws back its hood to reveal it's the Mordite Press Blog! Every Monday we'll post an...

Most of the adventures I run in Torchbearer, both at home and at conventions, are drawn from one or two page adventures by a variety of authors. I’ve found that using small adventure locations helps...

Shared origins can bind a party together with a common cause beyond simply "meeting in a tavern." A common origin lets the players craft beliefs, goals, and instincts relating to others in the party,...