Map Progress from The Grind 2

All of Darkovia is a haunted place overrun with ghasts and vampires. Its ruler is a vampire lord who laments his immortality and suffers from secret rages that he takes out on the local population.

Darkovia is the region where Mistvale Nights is set. It was influenced by the Ravenloft campaign setting, Dracula lore, Castlevania, and White Wolf's Dark Ages setting for Vampire.

Ultimately, we wanted something that was transferable into people's homebrew campaign setting that followed in the Greyhawk/Golarion tradition.

Below are some work-in-progress maps from The Grind 2.

Each of the adventure locations are featured on the regional map. 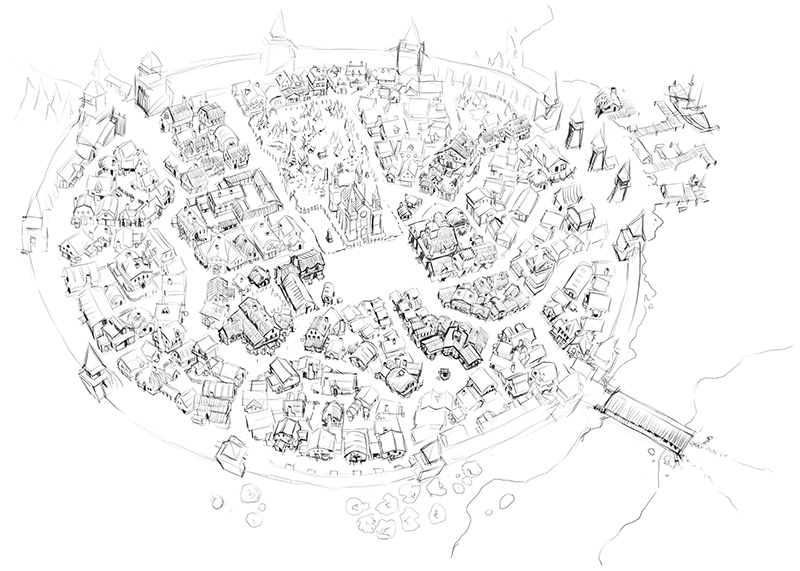 The heart of The Grind 2 are the adventures. Here's a preview of the Temple of the Lost Boys.

Regional and Town maps by Paul O'Connell; Temple of the Lost Boys map by D. Koch

Chaos has spread to the valley of Mistvale...

The Grind Turn 3: Hell or Highwater