A 5th Circle spell of Many Forms 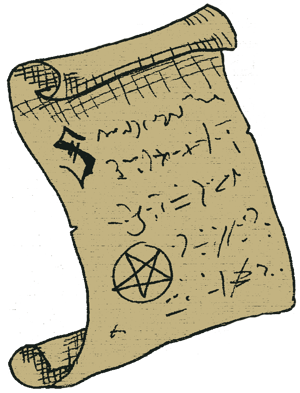 Tapping into the shared origins of all life, the vitalist rearranges muscle, bone, and sinew into the form of whatever creature suits their whims.

Test Arcanist against the following factors:

Might of Desired Form: add two factors for each step above or below the caster's order of might.

The vitalist transforms bodily to resemble another living creature of blood and flesh. They retain their own Nature rating but change their nature descriptors to that of the new form. They gain the advantages of Might, weapons, and any special abilities that do not specifically replicate spells or prayers. They are capable of speech only if the new form was capable of speaking.

The change is potentially permanent but may be dismissed by the caster at any time. Reversion takes the same time as the initial transformation.

Any time the caster tests while in the new form, tax their current Nature by one. If the caster's Nature is taxed to zero, resolve the situation as normal using the rules on page 133; Nature Taxed to 0. Any trait so earned is likely to reflect the chosen form.

If the caster depletes their Maximum Nature to zero, their ego has been entirely subsumed into the new form. They will not recognize their previous friends and allies and will behave according to the instinct of their chosen form. The player surrenders the character to the GM until a solution, if any, can be found.

The worldly spell caster Doctor Ehi wishes to assume the form of a black dragon for a time. Though he has never touched such a creature with his own hand, he has seen one with his own eyes (2). The creature is Might 6, a fully three orders higher than our humble doctor (6). Doctor Ehi is patient and will use an entire camp phase to enact the transformation (1). The total Arcanist obstacle is nine.

Once in dragon form, the Doctor has a Nature 4 (Devastating, Lurking, Hoarding), Might 6, and all the weapons and abilities of a black dragon. Each test he rolls will tax his Nature, which permits him to make 4 tests he must assume a negative trait of the GM's choosing (replacing a trait of his choice).

I just finished editing some awesome upcoming Magician and Elf spells for our Kickstarter-funded, Zine Quest, Mordite Press presents: The Grind, a Torchbearer Zine. But what about the humble (or...