A preview of the centaur nomad class from the upcoming Vagrant's Guide to Surviving the Wild.

Mark your calendars for Monday October 7th. In one week, Mordite press will launch a Kickstarter campaign for our new book, The Vagrant's Guide to Surviving the Wild. Over 140 pages of mounts, new classes, gear, spells and prayers, monsters... a little of everything for both players and game masters. 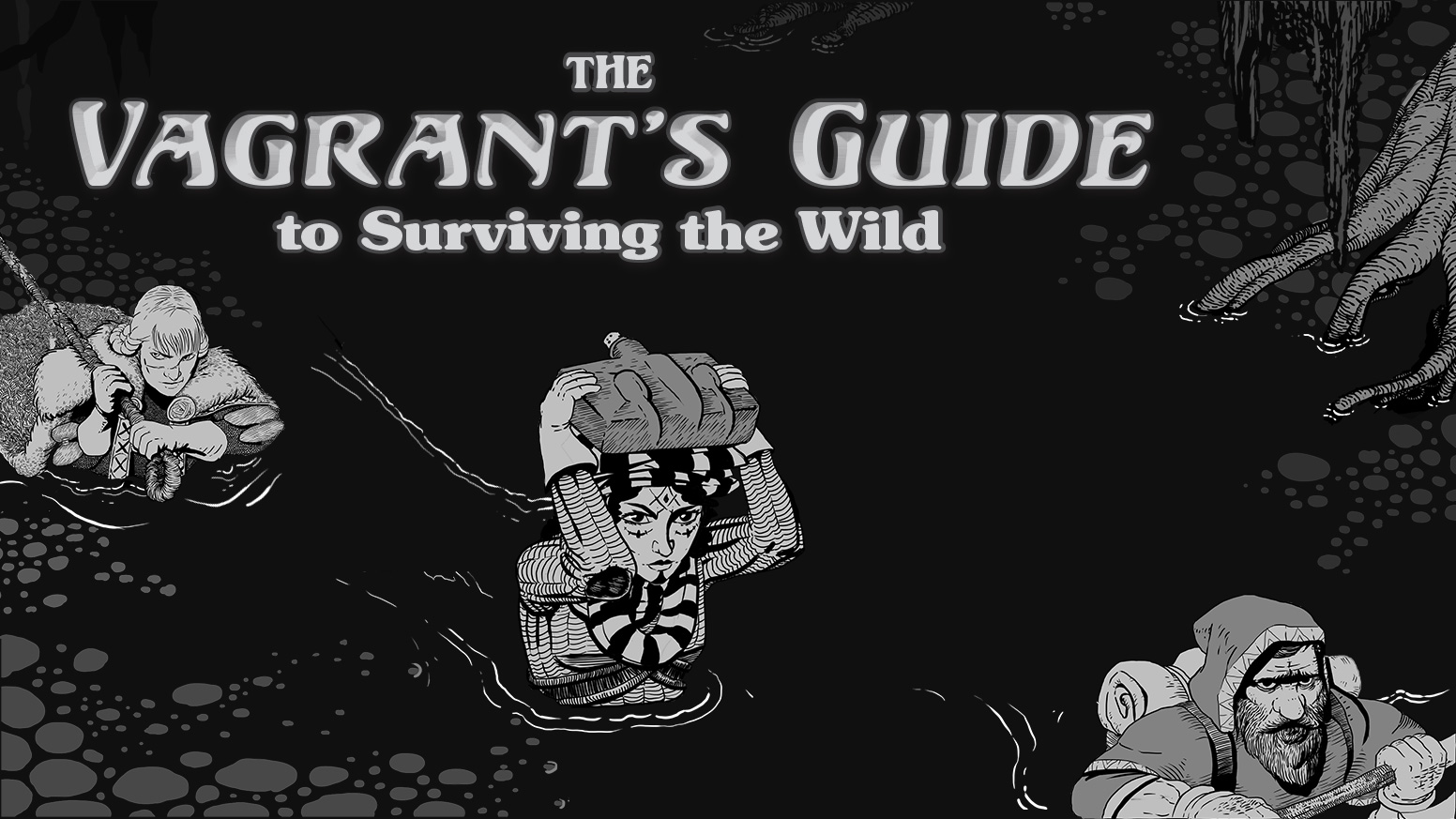 Over the course of the next two weeks we're going to update a bit more frequently on Mondays and Fridays while we tour the features of the book. We'll explore by taking a look at the iconic characters of the four new classes, and how they engage with the new rules.

Belief: Only those who respect and care for the land will reap the benefits of its abundance.

Instinct: Always search for a trail.

Leave matters to fate, meet life with youthful exuberance, look after yourself and no one else

Has friends (Hylon the Loremaster), orphan (father’s chalcedony ring), has mentor (Foloi the Hunter), has enemy (Murkus’t the Barbarian)

Chira (pronounced Khy-rah) hails from the Centaur Harras, a nomadic settlement in the Trackless Steppe, one of nine territories in The Vagrant's Guide. From her people she has learned to be Sharp-eyed to catch sight of even distant threats on the horizon. She's a practiced Laborer, for when the harras must move all its people carry their homes on their backs.

Centaurs being long-lived like elves, she is older by far than any of the other party members. She brings to the party a sense of patience that is certainly lacked by her companion, Qacha the Marauder. Raised on the steppe, Chira is intimately familiar with the stars and their stories, and can track her position using her astrolabe on clear nights. Weather threats can obscure the skies, effectively disarming her of this weapon in expedition conflicts.

Simply because she is wise does not mean she is not warlike. Long ago the centaurs paid a heavy price for inaction in the Chaos War, and they have sworn not to repeat that mistake. Chira wields a spear and wears a crested helm in battle, and is fitted with armor that is not easily found outside centaur lands. As time wears on, she will learn to cobble together armor fitted for humans and barding fitted for horses, and if she chooses she can become an unstoppable armor-clad dreadnaught.

The nomad packs water and rations for the expedition, but she is also careful to include torches. She knows that the wolves of the steppe strike in the night and fire can ward them off. She wears horseshoes only because the cobbled streets of Highwater hurt her hooves if left unshod.

Chira will also learn many abilities that tap into her people's culture and admiration of the stars. At 10th level—should she live to reach it—she will choose the Self-sacrifice level ability, sealing her doom and securing her place in legend:

Self-sacrifice: One time only you may choose to accept the dead condition in place of any number of allies during a single turn. This act pleases the Immortal Lords, who arrange a constellation in your likeness. Any ally spared by your sacrifice or who witnessed it may gain a +2D to all future Pathfinder tests under clear skies. Additionally, any remaining fate and persona not applied to your next character may be kept as a reserve for those allies to spend on Pathfinder rolls.

This Friday we'll take a look at another iconic character: Ramiro the Cavalier, an old-school inspired fancypants and expert equestrian.

Mark your calendars for Monday, October 7th. On that hallowed date, Mordite press will launch a Kickstarter campaign for our new book, The Vagrant's Guide to Surviving the Wild. Over 140 pages of...

Mordite legions, today we launch our Kickstarter campaign for our new book, The Vagrant's Guide to Surviving the Wild. Over 140 pages of mounts, new classes, gear, spells and prayers, monsters... a...

The Kickstarter campaign for our new book, The Vagrant's Guide to Surviving the Wild is now live! Over 140 pages of mounts, new classes, gear, spells and prayers, monsters... a little...