How tough are monsters really in the Torchbearer RPG?

In Part II, we discussed Obstacles and how to evaluate what obstacles were challenging for a given party. Today we're going to look at versus tests and monsters, and how to gauge just how dangerous a monster is. 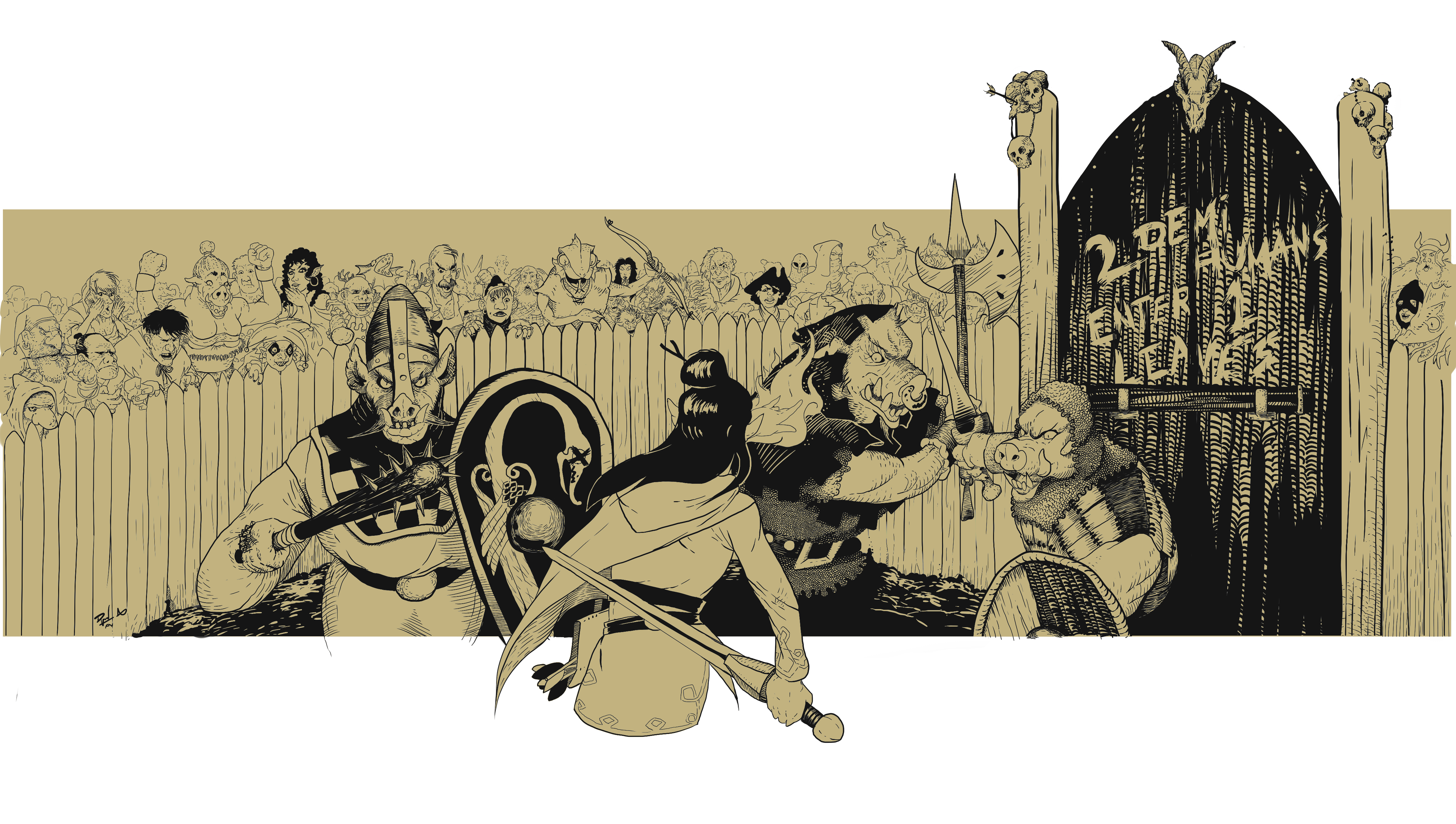 Here's a situation: you're GMing for an experienced Torchbearer group. You have four players ranging from 4th level to 7th level. As Torchbearer parties go, that's a seasoned group of professional adventurers who should be able to handle themselves, or at least know when to run away.

The last few sessions have been fun, but you really want to spook them this time. You flip open your book and start looking for a nice boss monster who will shake the players' confidence—maybe even kill one or more of them—without becoming an automatic TPK.

The black dragon jumps out at you, but you're (rightly) concerned that Might 6 might be a little too much. So you decide that you'll make a "young" black dragon by cutting the Might down to 5, and that will be a good fit.

How do you know that the changes you've made will prevent a TPK? How tough are monsters really in Torchbearer?

During a Torchbearer conflict, many times the player characters are rolling versus tests against their opponents. The Monstrous Obstacle (or "Monstacle" for short) allows us to estimate how many successes a monster can be expected to roll when they're doing their thing.

To calculate the monstacle, you simply add up all of the dice that will be available on the monster's typical roll, divide by 2, then add bonus successes.

Order of Might is very important in gauging a monster's power. Because it only kicks in on successful rolls, we need a way to estimate whether the monster is expected to pass. Luckily, we laid a lot of the groundwork for that last week. Let's take the Goldilocks Ob for a party of four (Ob 3). If a monster has dice equal to twice that Obstacle (6D) before adding bonus successes, then it's fairly likely they're going to include their might in the roll.

This is very approximate. It's not about predicting the outcome of the monster's roll each time, but rather about creating a basis for comparing monsters to the party and to each other.

The Monstacle of a Young Black Dragon

Let's look at our Might 5 Black Dragon. If all we change is the creature's might, then it remains at Nature 9. This means it rolls 4.5 successes on average. Since the Goldilocks Ob is 3, this means that against a party of four the dragon can expect to tap into its might advantage (+2s) plus any bonus successes from weapons and such (+1s in this case).

Thus the young black dragon's Kill Monstacle is 7.5 (4.5D + 3s). An adult black dragon's should be 8.5 (4.5D + 4s). A party of four will need to put up 8–9 successes every versus roll to avoid paying compromise. There is very little chance our party will be able to defeat this creature in a kill conflict; just what we wanted.

We can repeat this process for other conflict types, and it's actually simpler because Might does not factor in. For example, if my intention is for the party to survive fleeing the dragon, I need not include Might because it doesn't affect Flee conflicts. The dragon's nature + weapon dice are still more than twice the Goldilocks Ob, so any bonus successes from weapons will still count. The Flee Monstacle for our young black dragon is 5.5 (4.5D + 1s).

Uh oh, that is way above the recommended "goldilocks" Ob of last week's article, isn't it? Does this mean it is too tough?

There's a long running discussion in the RPG community about game balance and what the GM's obligation toward "fairness" is. One might think that because we've put all this effort into determining what is an appropriate obstacle, the idea is that GMs should stick to those obstacles.

That's not really the intention.

GMs should plan their adventures to be cool, challenging, and exciting. A stream of "balanced" encounters that are carefully measured so the players will succeed is actually really boring.

But neither is it a bad thing for GMs to have a really solid grasp of what a creature is capable of, and how it stacks up against their party. More information is not a bad thing!

For example, you may well look at the above example of the black dragon and decide that simply decreasing the Might (and therefore the Monstacle) by one isn't enough to bring the monster to the level you wanted. You might decide to lower its nature to 7, resulting in a Kill Monstacle of 6.5 and a Flee Monstacle of 4.5. Still tough, but maybe less of a TPK waiting to happen, especially given the likely Flee conflict.

The Menu of Monsters

Think of Monstacles like a menu. When you sit down at a restaurant you have vague notions about what you'd like to eat, but what you are missing is details. You open the menu, and you see descriptions and prices that help you make a choice. When we calculate Monstacles against a party of 4, we get some very interesting information about the relative power of all the game's monsters. Bon Apétit!

In Part I we discussed how skill and ability tests against obstacles are only a part of Torchbearer’s overall flow. A lot hangs on how the GM presents information to the players and the choices that...

Previously in the Master's Manual we have explored how to balance a session, how to estimate the difficulty of obstacles, how to gauge the relative power of monsters, and how to make sense of unusual...